The Oracle Institute hosted the first leg of the North America "Original Caretaker's Ceremonial Visit," which was led by Kogi Mamos from Colombia and Otomi Shamans from Mexico. These Elders recognize that Mother Earth and all her inhabitants are in grave danger, consistent with Western science but based on their ancient and abiding connection to the planet.

The Kogi have remained isolated from the rest of the world since the Spanish Conquistadors arrived in South America to plunder gold. In order to preserve their traditional way of life, the Kogi rarely interact with the modern world and outsiders are not allowed inside their ancestral lands. In 1992, the Kogi broke their silence and allowed a small BBC film crew into their isolated mountaintop villages to shoot a documentary.

The documentary is entitled "The Heart of the World: Elder Brother’s Warning." In the movie, the Kogi Mamos relay a prophetic message and warning to “Younger Brother” – that the Great Mother is being ravaged.

In 2012, the Kogi broke their silence again with a second movie entitled "Aluna." In this film, they proved their knowledge of Earth changes and the Cosmos. 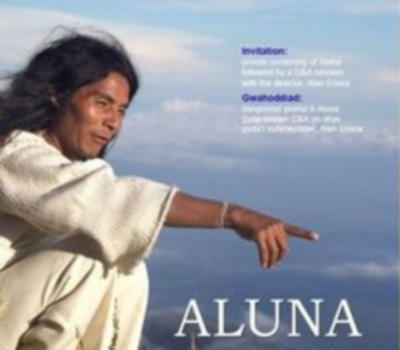 These Shamanic Elders are practiced in restoring Sacred Sites and they work energetically to restore the health and balance of our world. They are visiting North America to perform Sacred Ceremony in the U.S. and to spread their message of Earth Care and Spiritual Environmentalism.

First, the Elders performed ritual at the Oracle Campus in Independence, Virginia along the New River (the oldest river in the Western Hemisphere and possibly the oldest river in the world). Next, the Elders travelled to the Four Corners in Colorado to energize more sacred sites. The Visit culminated in San Francisco, California with the Elders’ participation in the Global Climate Action Summit, co-sponsored by the United Nations and hosted by Governors Jerry Brown and Michael Bloomberg. The Summit demonstrated to other nations that the U.S. is committed to addressing and remediating global climate change (despite President Trump’s denials). 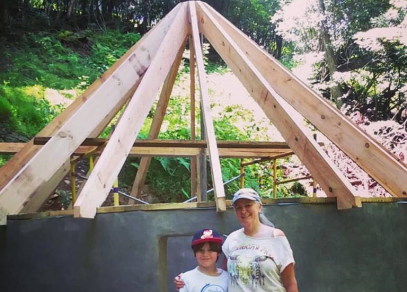 ​
Oracle built a "Kogi Kiva" in honor of this historic visit 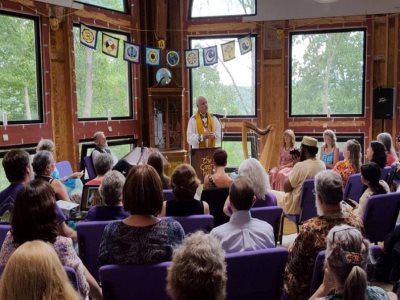 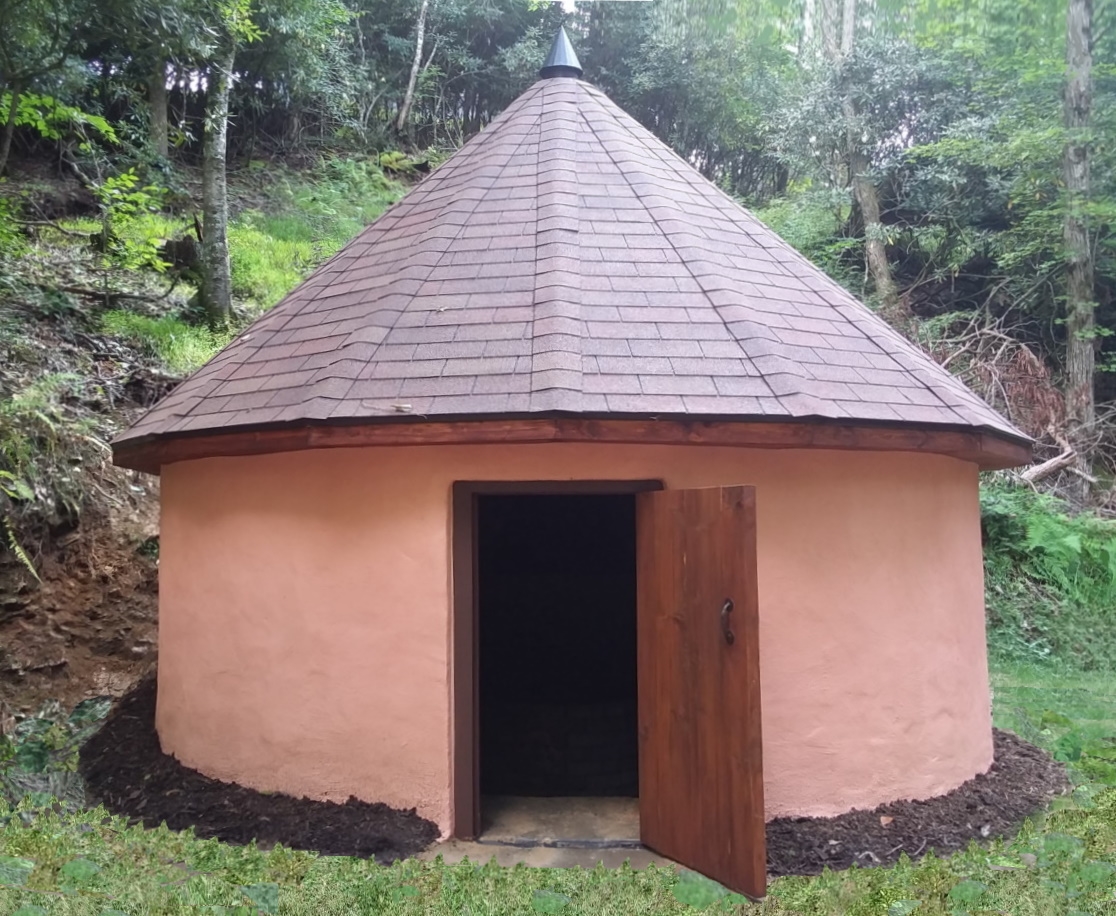 About Our Charitable Co-Sponsors, Business Partners, and Special Guests

Oracle is grateful to have co-sponsored the Original Caretakers Ceremonial Visit with UNESCO (United Nations Educational, Scientific and Cultural Organization) and the Center for Earth Ethics. 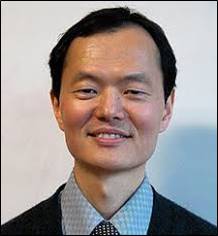 Rev. Ken Kitatani is the Executive Director of the Forum 21 Institute, and he oversees the Sacred Sites Program. Ken is an ordained minister of Sukyo Mahikari Centers for Spiritual Development and is the Chief Administration Officer of their UN NGO. Ken co-chairs the Advisory Board of the Center for Earth Ethics of Union Theological Seminary. He also serves as the Executive Director of the United Nations Committee for Spirituality, Values and Global Concerns, and he is on the Executive Council for the UN Committee for Religious NGOs. Ken graduated from Columbia University with a B.A. in East Asian Studies. 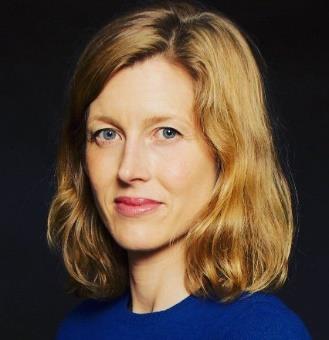 Karenna Gore is Director of the Center for Earth Ethics at Union Theological Seminary, which oversees the Original Caretakers Program. Previously, she worked in the legal center of Sanctuary for Families and as Director of Community Affairs for the Association to Benefit Children (ABC). She has also worked as a writer and is the author of Lighting the Way: Nine Women Who Changed Modern America. She is a graduate of Harvard College, Columbia Law School and Union Theological Seminary. She lives in New York City with her three children and serves on the boards of the Association to Benefit Children (ABC) and Riverkeeper. 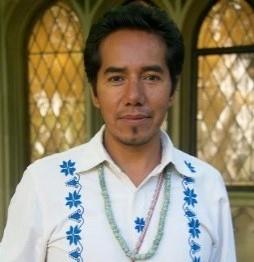 Mindahi Crescencio Bastida Muñoz is Director of the Original Caretakers Initiative at the Center for Earth Ethics. He serves as the coordinator of the Otomi-Hñahñu Regional Council in Mexico, a caretaker of the philosophy and traditions of the Otomi people, and has been an Otomi Ritual Ceremony Officer since 1988. Born in Tultepec, Mexico, Mindahi holds a Doctorate in Rural Development from the Universidad Autónoma Metropolitana, and he is President of the Mexico Council of Sustainable Development. He is a member of the steering committee of the Indigenous Peoples’ Biocultural Climate Change Assessment Initiative, and he has served as a delegate to several commissions and summits on indigenous rights and the environment. He has written extensively on topics such as the relationship between the State and Indigenous Peoples, intercultural education, and associated traditional knowledge. 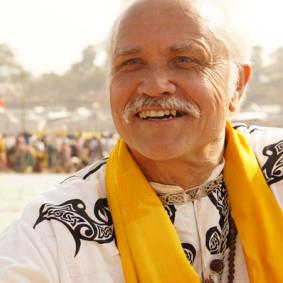 H.E. Rev. Patrick McCollum is President of the Patrick McCollum Foundation for Peace and an interfaith chaplain, spiritual mentor, author, and peace counselor. He serves on the Boards of Children of the Earth Foundation, the Dev Sanskriti Vishwavidyalaya University, and the Peace Service Center & Shanti Sewa Ashram in Nepal. He also is the Founder of the “G” Card program at the American Academy of Religion, and the Minority Faith Chair for the American Correctional Chaplains Association. Patrick is known for his Peace Violin, which he built himself using elements from various wars and which he at historic events all over the world. Patrick is the recipient of numerous peace awards, including the Mahatma Gandhi Award for the Advancement of Religious Pluralism and the Ralph Bunche International Peace Award. In 2017, Patrick was Knighted by Queen Elizabeth and, in a ceremony performed by Lakota Sioux leader Guy Dull Knife Jr. at Standing Rock, he was honored with the name Unci Maka Wokianka (He Who Speaks with the Mother), for his decades of work for Indigenous Peoples. 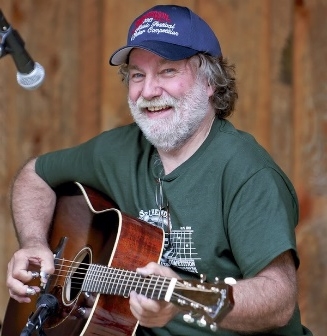 Wayne Henderson is a top-notch finger-picker and source of great pleasure and pride to his friends, family and neighbors in Grayson County, Virginia. His guitar playing has been enjoyed at Carnegie Hall, in three national tours of Masters of the Steel-String Guitar, and in seven international tours. In addition to his reputation as a guitarist, Henderson is a luthier of great renown. He is a recipient of a 1995 National Heritage Award presented by the National Endowment for the Arts. He produces about 20 instruments a year, mostly guitars, including instruments for Doc Watson, Gillian Welch, Peter Rowan, and Eric Clapton. The Wayne Henderson Music Festival and Guitar Competition was established in 1995 to express appreciation for this living legend, and a portion of the proceeds from the Festival are placed into a scholarship fund to aid local young musicians in continuing their educations. He also is the namesake of The Wayne Henderson School of Appalachian Arts, located in Marion, Virginia